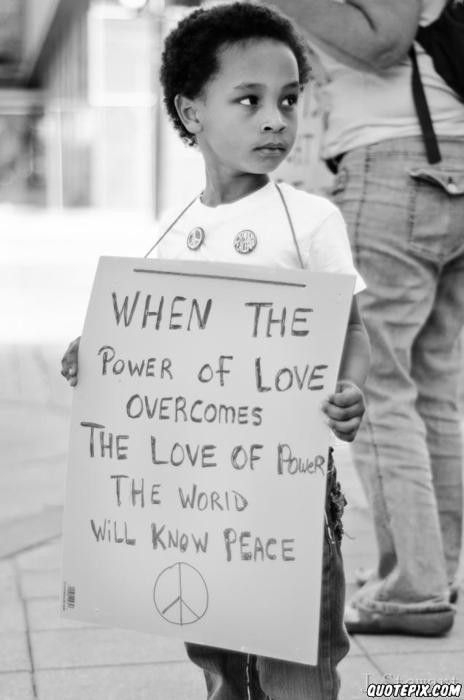 The Fourth Sunday after Epiphany, Year B

Will you strive for justice and peace among all people, and respect the dignity of every human being? I will with God’s help. BCP p. 305

While I was in seminary (I know, not that long ago) there seemed to be this obsession amongst my professors & classmates with one particular buzzword: “prophetic.”  Now by “prophetic” I don’t mean fire and brimstone, preaching all doom and destruction, but by prophetic I mean encouraging our world to take a look at itself, to reexamine how we treat the least of these, to consider how we ourselves strive for justice and peace and respect the dignity of every human being.  And at seminary everyone was obsessed with this word, “prophetic.”  I encountered a class on prophetic preaching and another on analyzing the Biblical prophets.  There were lectures on prophetic parish ministry and another on the prophets in our own times.  There were students who were constantly striving to be this, consistently working towards the label: “prophetic.”  It was cool to be “prophetic”—like you were something special; something to be sought after; someone to be admired.

Yet although I have to admit, I often jumped on the “prophetic” band wagon, in all honesty, if we take such a call seriously it feels rather intimidating to live into such shoes, to be truly, authentically prophetic.  Let’s review some of those people we in our Judeo-Christian tradition consider, “prophetic.”  We have Moses, from our Old Testament reading today, who just casually walked the Israelites out of captivity in Egypt and across the Red Sea.  Or consider Deborah, who judged her people seeking only justice for them; who led the Israelites out from under the oppression of the Canaanite king Jabin; who taught them to sing praises to God for the marvelous works of the Divine One.  Or consider our own Jesus Christ, who so far in the Gospel of Mark has been named God’s Beloved Son at is his baptism; has called random fishermen out of their boats and somehow convinced them to follow him; and then in today’s reading is now healing a man, liberating this man who is being tormented by whatever devil is on his back.

Or consider more modern prophets who seem to us larger than life.  Like Martin Luther King, Jr., who organized a march from Selma to Montgomery Alabama that started with 3,200 and grew to 25,000 by the time these peaceful protestors reached the state capitol.  Or another prophet, Frances Perkins, the first woman in the cabinet who served under FDR as Secretary of Labor; who was the principal architect of the New Deal that slowly pulled our country out of the depths of despair during the Great Depression; who throughout her career continually advocated for industrial safety and workers rights.  Or consider Oscar Romero, a Roman Catholic Archbishop from El Salvador, who focused his ministry on the poor and the marginalized; who spoke out against a corrupt government; who was martyred—shot down in a small hospital chapel as he stepped back from the pulpit where he was preaching the Word of God.

When I think of the word “prophetic”—when I hear over and over again God’s call for a “prophet” in our Old Testament reading from Deuteronomy—these are the individuals I ponder.  These are the men and women that come to mind: Moses and Martin, Deborah and Frances, Oscar and Jesus, and many more holy women and holy men who have come before.  These prophets are people who defied all the odds and made a difference in our very broken world.  And yet in many of their cases, they paid a price higher than we can imagine.  These prophets were not people searching for a attention, or striving towards a label, or jumping on the bandwagon, but in fact were doing just the opposite.  They were unpopular in their time—rejected, despised, and tormented by many they encountered.  And yet, as intimidating as it may be, we as disciples of Christ are called to be prophetic too.

As our baptismal covenant asks of us—which we reaffirmed during yesterday’s glorious celebration—, “Will you strive for justice and peace among all people, and respect the dignity of every human being?”  For me this question inquires, “Are you willing to be a prophet?” Are you willing to help build the kingdom of God here on earth?  Like the prophets of every time and place, are you willing to heal the sick?  To liberate the enslaved?  To comfort the afflicted?  To ensure the safety and well being of every man, woman, and child?  To speak the word of God when it seems like no one wants to listen?  Are we today, us disciples of Christ, are we willing to be prophets?  Not because it will make us popular, or legendary, or recorded in the history books, but are we willing to be prophets because we know God could be using us to break forth into and mend this broken world?

Being prophetic; striving for justice and peace among all people; respecting the dignity of every human being may seem intimidating.  But it is integral to our Christian identity.  Like in today’s Old Testament reading from the Book of Deuteronomy.  In these six verses, “prophet” is mentioned eight times.  In this passage . God encourages the people of Israel that after Moses will come another prophet.  And the definition of this Hebrew word for “prophet,” is twofold.  It means both, “one who is called,” and “one who calls”  (David Forney, Feasting on the Word Year B, Vol 1, “Deuteronomy 18:15-20 Theological Perspective). Prophets are called by God.  They are called like Moses to be community organizers—gathering those wandering in the wilderness—; to be pastors amongst lost sheep—calming people’s concerns and insecurities; to be cooks in God’s kitchen of the kingdom—feeding with mana, the bread from heaven, those who have succumbed to both physical and spiritual hunger.  I know from such examples, there are already prophets here in our midst.

We who promise in our baptismal covenant to strive for justice and peace: we are called.  But as our Hebrew definition for “prophet” reminds us, we are also ones who call.  For me this second aspect of “prophet” is really how the world is changed; how the world experiences God’s transformational love.  For what I have noticed about those we consider prophets—those holy women and holy men who have worked for justice & peace for all people—is that they are not isolated in their call.  These individuals are affected by other members of the Body of Christ.  These prophetic people were formed by prophets who came before them (some known but most unknown to us)—their mothers and fathers, their family and friends, their colleagues and companions, their mentors and their heroes.  These prophets felt the call to seek justice and peace, because they witnessed others in their midst working to bring about the kingdom of God.

And in turn, the popular prophets we have named, they in turn called others.  They encouraged others; they empowered others to speak their truth.  The prophetic, the Word of God is a continuation—is a movement that cannot be shaken.  Like Moses encouraging the Israelites to speak out against their oppressors in the land of Egypt.  Or like Martin Luther King who empowered and inspired countless citizens of this country to speak out against rampant racism.  To this day his Civil Rights Movement is the roots of the Black Lives Matter Movement.  Or like Tarana Burke who was the first woman to use the phrase, “me too”—that hashtag that spread like wildfire on social media this fall.  “Me too” being a vehicle for which women and men to speak their truth as victims of sexual abuse and assault in this country.  And each individual that found the courage to declare, “me too,” empowered the women of US Gymnastics to speak their truth, to shout no more, to strive for justice and peace for all of the young women coming after them.

My friends, these are examples of how we are “prophetic,” of how we pass the kingdom building on to others, of how we proclaim to the world that enough is enough, declare that hope is not lost, and witness that together we can begin to heal these wounds.  My friends, like Moses and Martin, like Deborah and Francis, like Oscar and Jesus, will we keep the line of prophets going?  Will we draw attention to those in need of God’s liberation?  Will we encourage, empower, call others to speak their truth in love, to spread the Word of God in this world, to strive for justice and peace among all people?  I know we will with God’s help.

Happy birthday, hubby! I wish we could be together to celebrate today, but I know you are having a great time working on your art. I am so proud of you and so grateful to have you as my partner on this wild ride. Have fun tonight! 😘